It may not be one of the top four days of celebration each year, but Earth Day has been on the calendar since 1970.
While Earth Day is a global event, the Bay Area really amps things up with a month filled with Earth Day activities. As the official April 22nd date approaches, the weekend before is filled with festivals, tree plantings, beach clean-ups, and other celebratory events.

One of the biggest is the annual Earth Day San Francisco in the Mission District. This year's theme is "Celebrate the Green New Deal." The day is filled with speakers, educational and informational booths to visit, a Kids Zone, music, food, fashion, and fun. Scroll down for more information, and the official San Francisco Earth Day 2019 poster.

Earth Day has traditionally focused on a healthy, sustainable environment. The Green New Deal focuses on renewable energy, a green economy, carbon neutrality, and green job creation. All initiatives have the underlying goal of reversing the effects of climate change. This year's theme of the Earth Day Festival in the Mission District is "Celebrate the Green New Deal." 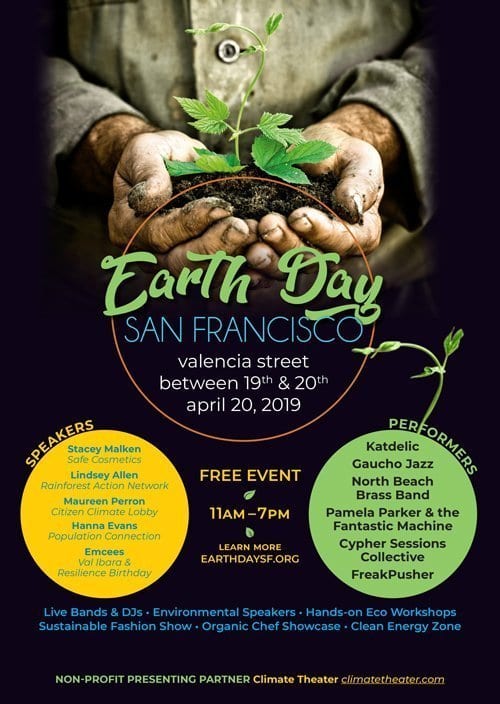 Caring about the environment and gaining knowledge about our human impact on the earth is more important than ever.

We are working to create our most educational, impactful and festive Earth Day celebration yet. There will be booths by non-profits providing information about environmental causes and solutions to pollution, transportation issues, health care, technology, and the environment, solar-powered stages by SolSolutions, and other topics relevant to leading a healthy and meaningful life in the modern age.

Earth Day SF provides a platform for compassionate ways to deal with social issues, fact-based science with informative speaker panels throughout the day, cutting edge green technology displays and demos, and non-profits that are working to help sustain the planet.

Join us for this FREE event on Valencia Street between 19th & 20th in the heart of the Mission District San Francisco.

Click here to view original web page with all of the scheduled events and more at sfwebdesign.net

Celebrate with One Tree Planted

Planting a tree is just one of the many volunteer opportunities that Bay Area residents and visitors can participate in throughout Earth Day week and beyond. In addition to tree plantings, there are beach clean-ups, "going paperless" events, films, and more.

If you head over to sfenvironment.org, you'll find an entire list of events and volunteer opportunities. But, don't wait too long, though, some of the activities are already filled to capacity, which says a lot about the giving spirit of Bay Area residents! 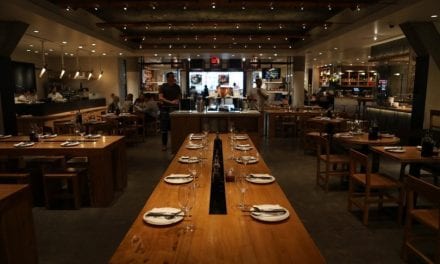